Sparkle N Sprinkle and Die-Versions are partnering up for a very special joint blog hop, called the Awareness Campaign.  A portion of the proceeds from the sale of the newly released Die-Versions dies and the stamp sets revealed in the joint blog hop will go to help with cancer research. Almost every one has been touched by cancer is one way or another.  Either you or a family member has had cancer or you know someone who has had cancer.  The Designers from both teams are joining together to help the fight to eradicate all cancers by inspiring you.

Not only are we debuting NINE new Die-Versions low profile dies (July 2015 Reveal - scroll down to the end of the reveal), Sparkle N Sprinkle is also revealing THREE stamp sets for this Awareness Campaign.

A Grand Prize winner will be chosen from comments left on the Designers' blogs and will be announced on August 4th.  You won't know who the Mystery Designer is until after the Joint Blog hop, so remember to leave a comment with each of the Designers.

We hope you enjoy the Awareness Joint Blog Hop as much as we have enjoyed creating new projects for it.  We also hope that we have inspired you as well.  Thanks for joining us and remember to comment on each of the Designers' blogs to be eligible for the Grand Prize.  (We love reading them too since your comments also inspire us.)

Cancer is very real and very scary.  Unfortunately, it's something that can strike our pets as much as us.  That's why I choose to feature cats on some of my Cancer Awareness cards.  I truly believe we can find a cure for ALL Cancers, we just have to keep fighting. 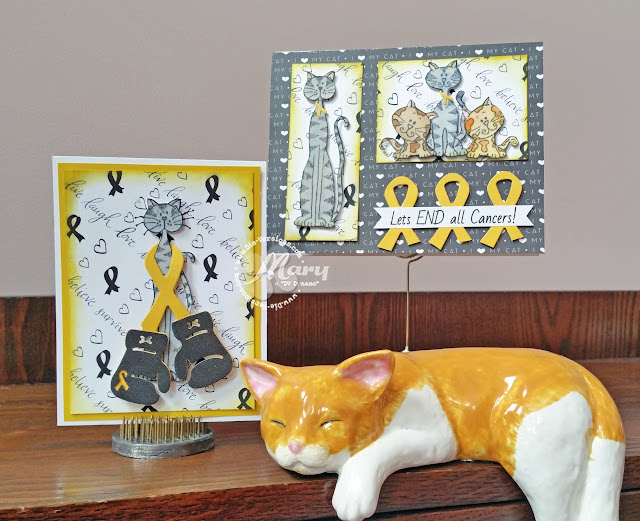 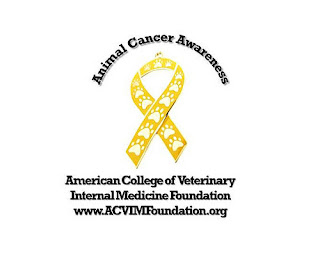 For these two card I used the super cute Kitty Love stamp set by Sparkle & Sprinkle and the Whispers - Fight It die from Die-Versions.  I LOVE the tall kitty, so on my first card I made him the star and hanged the Fight It die around his next.   I used yellow for the cancer ribbon, because the Animal Cancer Awareness Ribbon is yellow w/tiny paw prints on it.

On the second card, I used just the ribbons from the Fight It die, but if you look close you will see that I used the tiny ribbon from the boxing glove around necks of the taller kitties.

For my next set of cards, I went w/a more girly theme...  I used the Pink Ribbon Background Digital Stamp as my background.  I printed the digital image on a laser printer and using a hot laminating machine, I pink foiled everything that printed black.

Here's a better look at the foil, which I also used on an adhesive backed die cut Whispers - Awareness Doily die from Die-Versions.

I used the same pink foil enhanced Whispers - Awareness Doily die from Die-Versions for this card...

and for my last card...I die cut three Whispers - Awareness Doily dies in three colors to create my flower element. 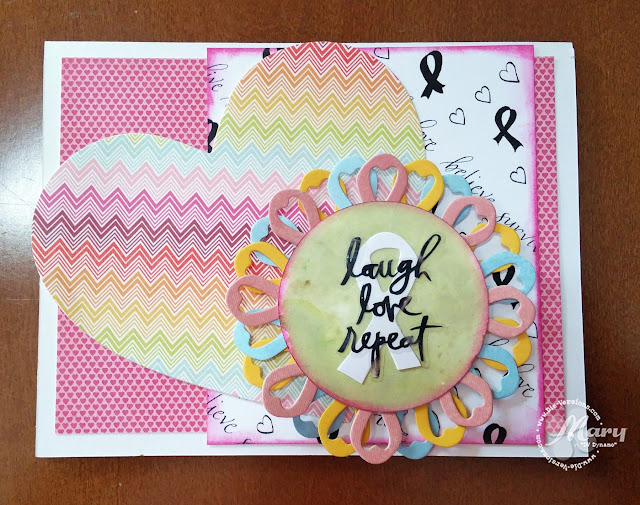 You should have come from Patti's blog; if you get lost along the way, you can always head back to the Die-Versions Blog or the Sparkle N Sprinkle Blog for the complete list of participants. Your next stop along the way is Marie's blog. 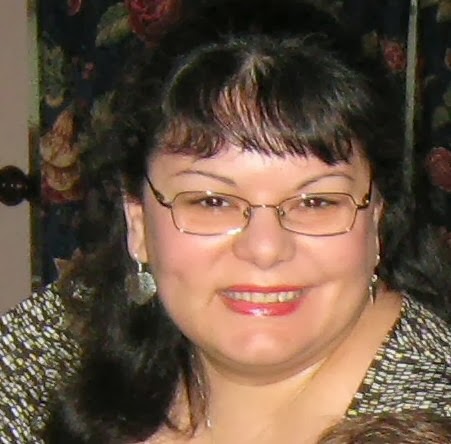 welcome to my blog, where I showcase my cards, scrapbook pages and other crafty projects. 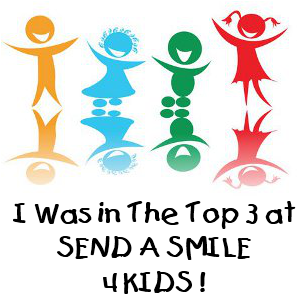